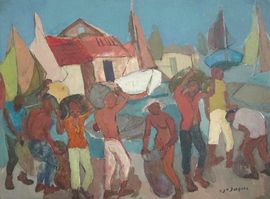 Jean-Jacques was born on May 1, 1943 in Port-au-Prince. He was attracted to drawing at an early age and after completing three years of high school took a correspondence design course at the ABC school in Paris. Entering Joseph Jacob's studio in 1963, he studied under the tutelage of Dieudonné Cédor and eventually learned impressionism.
Jean-Jacques left the Jacob studio in 1966 and spent the next three years living the life of an impoverished "hippie bohemian." In 1969 he approached the Monnin Gallery with a painting, and they accepted it. That was his start "on the road back." Gradually he returned to a productive lifestyle, aided by Calixte Henry, who had a studio in the same gallery.
By 1979 he was painting in earnest. His paintings highlight the grace and dignity of the poor country people who inhabit the slums of Port-au-Prince. Disturbed by social injustice and the great misery of the slums, he uses strong emotional content and pure lines to create canvases that touch the viewer.
Carlo Jean-Jacques has an international reputation as one of Haiti's premier painters. He died of AIDS in 1990. 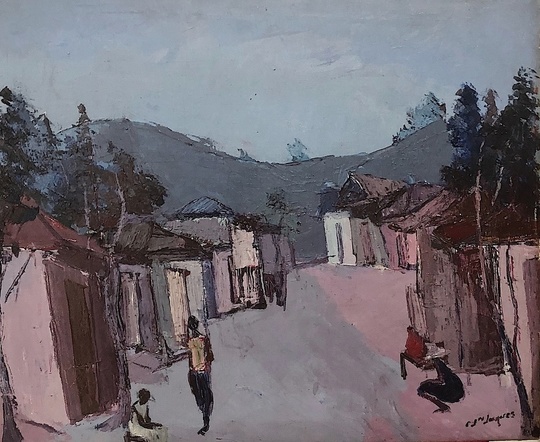 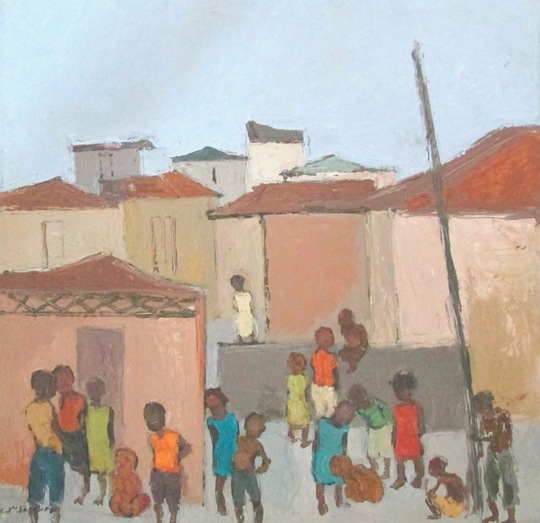 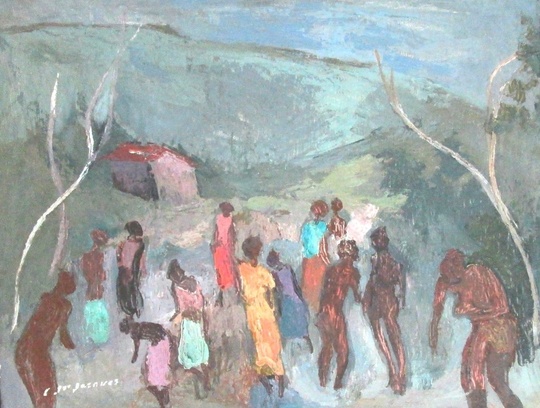 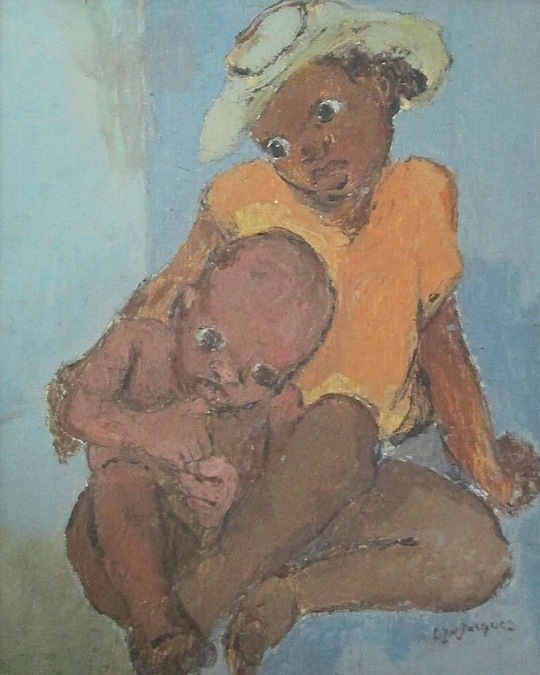 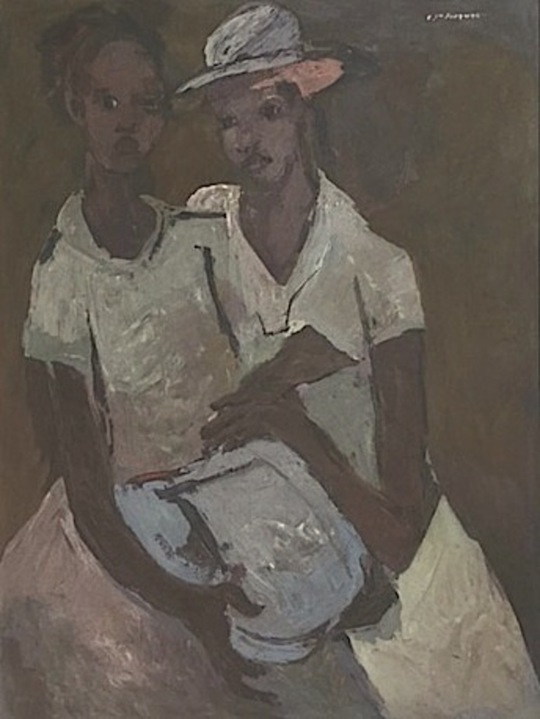 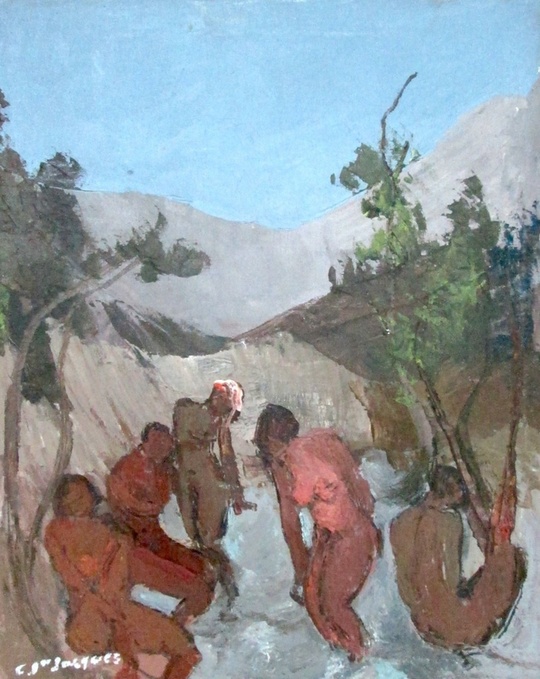 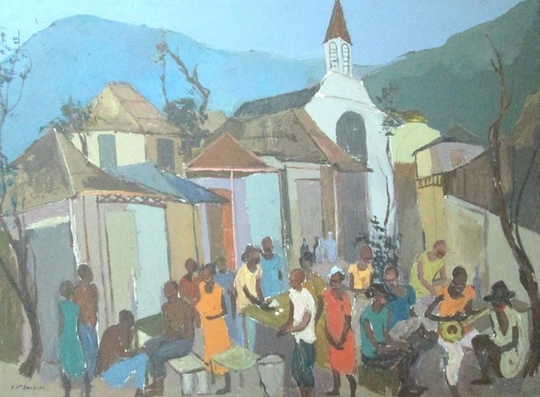 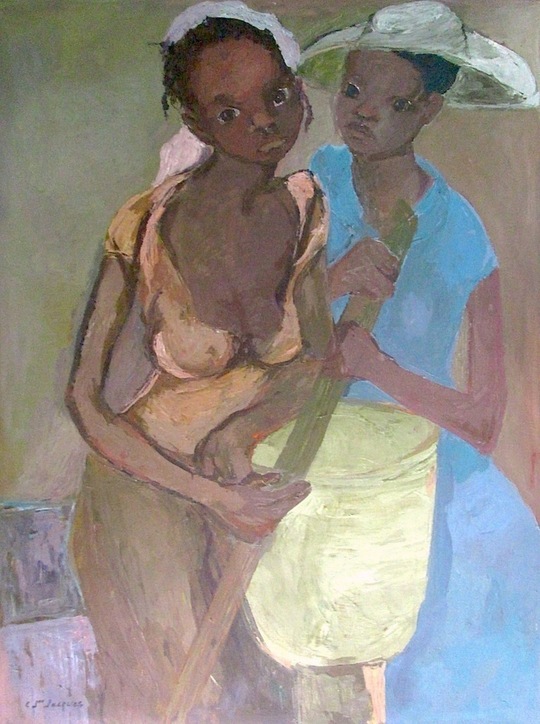 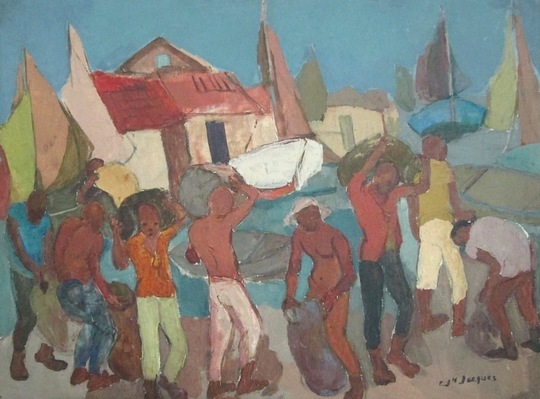