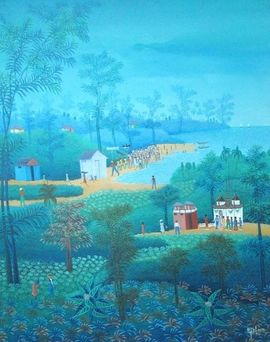 From 1977 to 1984, Jean-Louis exhibited in the United States, Guadeloupe, Denmark, Curacao, Switzerland and France. In 1983, he was awarded a prize in a poster competition sponsored by Air France. And in 1986 UNICEF chose one of his works for their Christ

Henri Jean-Louis was born in 1956 in Jeremie. He began painting in 1973. While standing before one of his flowering blue landscapes one receives a feeling of gaiety and serenity. Henri is the older brother of the well-known artist Eric Jean-Louis. 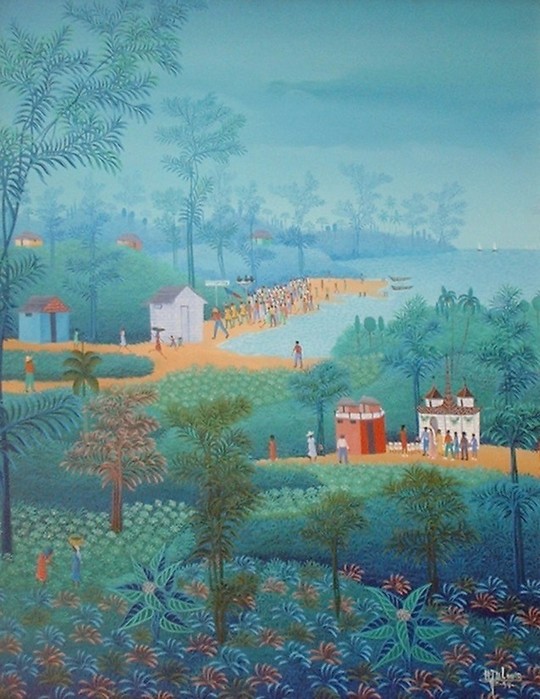 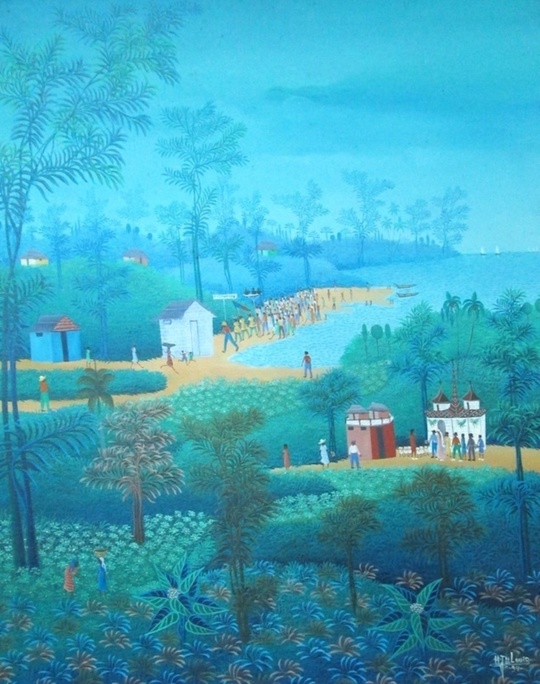