Albert Desmangles was born in Port-au-Prince on May 31, 1957. His interest in art began at a very early age.
By the age of six he was sketching faces in the dust of the school’s tiles. In high school, his brother,
noted artist Henry Bastien, taught him drawing, perspective and the use of color.
Bastien also gave him several lessons in gouáçhe (a technique using paints mixed with water and gum to create opaque colors).
During his school years he was very active in the student art circle and participated in a number of exhibits,
winning a prize in a drawing competition sponsored by the Haitian-German Cultural Association in 1975.
He found a job as a bookkeeper in 1978, but quickly realized that his life was not behind a desk
but in front of an easel. At that point he decided to devote himself totally to art.
In 1979 he entered his uncle’s workshop (sculptor Paul Desmangles), who taught him to sculpt.
Then he took a few courses on industrial drawing at the Cultural Formation Center of Haiti.
In addition to painting, he was also interested in dramatic arts and singing. He went on stage with the Young Theater troupe,
the National Theater and Gerard Resil’s troupe. A few years later he became a member of the musical group called Kata.
Following the advice of his mentors, Bernard Sejourne, Jean-Rene Jerome, and Nehemy Jean, he studied
the features of different ethnic types from America. Drawing on those lessons,
he began to paint "universal women," using light to illustrate their power.
Since 1980, he has participated in many exhibits in Haiti, Europe, United States, and Japan.
Desmangles is now the only living artist left in the School of Beauty.
His work is highly valued by art collectors worldwide. 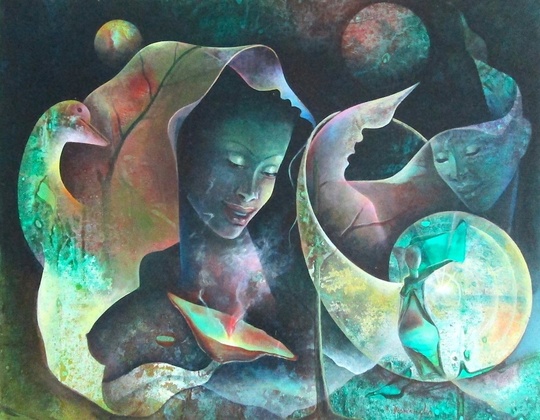 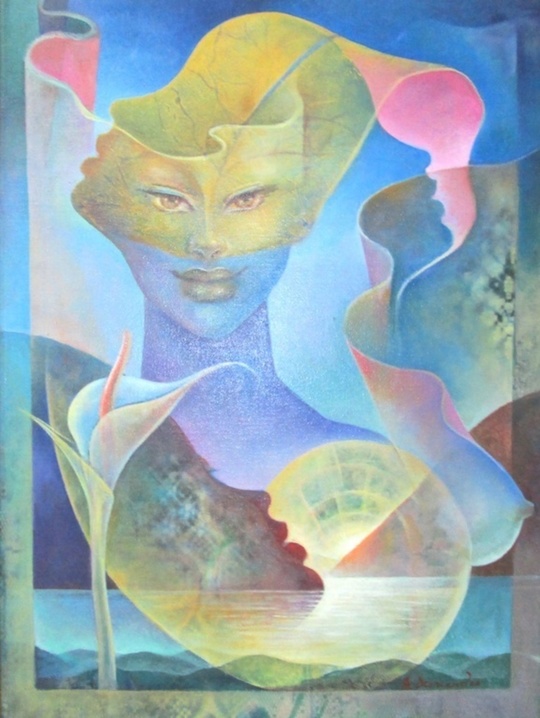